It was a Thursday June 17, 2010 when I met Marsha Lawrence at Concordia University for my first introductory lesson to blogging. At the time she was the organizer of the Meetup group Her New Self, a group where local women  were undergoing or making major life changes.

I was one of them. The first question she asked me regarding my blog is,”What is it’s purpose?”

I told her that I wanted a blog to showcase my writing in an attempt to find an agent, a publisher for my books.  She chose WordPress as the blog software and the decisions began:  Username. Password. Web address. Blog name. Choosing a template.  This was as foreign to me as a new language.

For awhile, I had one blog going which was titled Writing Scales on the Art and Craft of Writing. Through this blog I began to write about my online dating experiences and thus started another blog titled a girl called Brenda. It was all experimental for me  both blogging and the writing. In time a girl called Brenda evolved into a novel, The Dating Club, which is currently in its editing phase and I hope to have it out shortly.

The novel revolves around four women who are looking for their Prince Charming. One of the characters, Missi Morgan is a writer for an online e-magazine about mid-life dating. Brenda became Missi.  Such is the mystery and magic of fiction.

Sometime else happened in these years. Self publishing began to take up more space saying, move over traditional publishing, and the stigma that was so often associated with poor writing and Vanity Press was quickly dying. Terms such as branding and platform were showing up all over the place and I knew that if I wanted to share my writing I would have to adapt to this new technology.

My first attempt at self publishing was a memoir on grief through Create Space. Not a best seller. Can’t figure that one out. Still, it put me on the self-publishing cho-cho train.

As the train moves forward so do I.

As Einstein once said: Life is like riding a bicycle. To keep your balance you must keep moving.

I have moved to a new website at http://www.carolbalawyder.com where I have centralized my writing. Under Women’s Fiction you will still find Ten Great First Dates.  The menu also includes short summaries of my crime novels for which I am still debating whether to go traditional or self-publish.

I also have a blog which has expanded beyond just writing. Here, I will regularly post  blogs where I will make you meet some very interesting people on this planet.  Of course, I’ll also continue to write about writing workshops and  conferences I attend and whatever other creative  and fun inspiration I can share with you.

I hope that you will subscribe to my new blog and continue our online relationship.  I truly look forward to your comments and our growing friendship.

Thank you all from the bottom of my heart for following me. 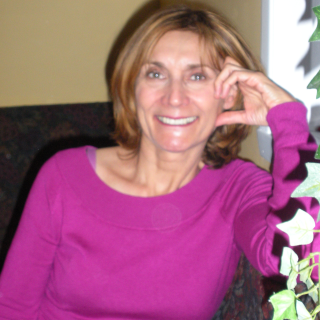